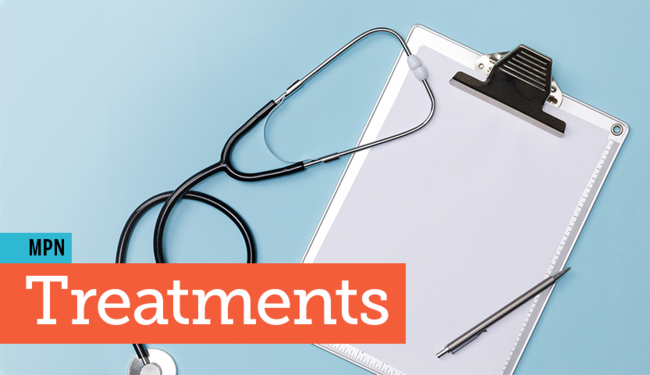 Myeloproliferative neoplasms (MPNs) are blood conditions caused by genetic mutations in blood stem cells in the bone marrow. Before the World Health Organization changed terminology in 2008, MPNs were known as myeloproliferative diseases. MPN symptoms are linked to the overproduction of abnormal blood cells. There are several types of MPNs, including primary myelofibrosis (PMF or MF), essential thrombocythemia (ET), and polycythemia vera (PV). Each type of MPN is associated with a different type of blood cells and is caused by specific genetic mutations.

There are now more treatments for MPNs than ever before, with new therapies under development in clinical trials. Hematologist-oncologists (blood disease and cancer specialists) recommend treatments they think will be most effective based on what type of MPN you have, what treatments you have already tried, your blood counts, and your personal risk factors. Ultimately, the choice of your treatment is up to you.

In most cases, MPNs are not curable. The effectiveness of new medications and regimens means that, for many people, MPN is a chronic condition that can be managed with treatment. MPNs usually grow slowly, and many people with MPNs can live a near-normal life span.

Before recommending treatments for MPNs, oncologists assess risk factors. These factors may make your condition more likely to develop serious complications, such as blood clots, or transform into an aggressive, rapidly progressing blood cancer, such as acute myeloid leukemia (AML).

Risk factors may include:

In low-risk cases of MPNs when people are not experiencing any symptoms, doctors may recommend a watch-and-wait approach rather than beginning treatment immediately. Also referred to as "watchful waiting" or "observation," watch and wait means your condition will be monitored carefully for symptoms and signs that your MPN may be progressing. If your risk increases, your doctor may recommend starting treatment.

Types of Treatments for MPNs

Treatments for MPNs fall into several categories. Some treatments are designed to kill the abnormal cells directly, while others slow their growth or lower the risk for severe complications. Supportive treatments can help manage symptoms and improve quality of life.

A treatment plan for someone with MPN may involve medications from several different classes. Some medications may be considered chemotherapy, designed to kill or damage abnormal cells directly. Other drugs may include targeted therapies that block specific processes those cells require to keep growing.

Here are some chemotherapy drugs that may be prescribed to treat MPNs:

Some of the most common side effects of chemotherapy include fatigue, nausea, vomiting, diarrhea, loss of appetite, weight loss, hair loss, skin problems, and mouth sores. Some chemotherapy drugs can cause neuropathy, or nerve damage. This may result in pain, tingling, or numbness in the extremities. These symptoms may be temporary or permanent.

Interferons are proteins the body uses to signal and trigger an immune response. They are prescribed as part of treatment for most MPNs to help reduce the number of blood cells. Interferon drugs used for MPNs include:

Interferons are a type of immunotherapy. They are approved by the FDA to treat several types of blood cancers. Common side effects of interferons include flu-like symptoms, fatigue, gastrointestinal problems, depression, and muscle pain. They can also cause severe symptoms such as vision changes, liver damage, and suicidal thoughts.

Thalomid (thalidomide), Revlimid (lenalidomide), and Pomalyst (pomalidomide) are angiogenesis inhibitors. They work by preventing the growth of new blood vessels that deliver nutrients to cancer cells. Drugs of this class can also help treat anemia.

Danazol, a hormonal drug, and corticosteroids such as prednisone may be prescribed in combination with angiogenesis inhibitors for MPNs. Corticosteroids may also be used in mastocytosis to reduce the size of skin lesions.

Allogeneic stem cell transplants are used to treat MF and CML. In an allogeneic transplant, or allo-SCT, stem cells are harvested from a donor. This is usually a sibling or a close blood relative, but is sometimes an unrelated person who is a good genetic match. While allogeneic transplants can potentially cure MF, they carry a risk of severe side effects including graft-versus-host disease (GVHD). In GVHD, the transplanted donor cells attack the host’s tissues. The risk for GVHD is lower — but still present — when the donor is a close genetic match to the recipient. The recipient may need to take antirejection medication for life to prevent GVHD.

Some treatments are not prescribed to treat the cancer itself, but to reduce symptoms of MPNs and lower the risk for serious complications and related conditions. Supportive treatments can include medications and procedures.

In polycythemia vera, excess red blood cells may be removed through the process of phlebotomy, or blood drawing. This is similar to donating blood. Phlebotomy can temporarily improve PV symptoms and lower the risk for blood clots.

Apheresis is a procedure to remove specific types of excess blood cells. Apheresis is also similar to the process of donating blood. The blood flows through a machine called a separator, which removes only the type of cell required and returns the rest of the blood to the body. Different types of apheresis may be used depending on type of MPN and type of excess blood cell:

Enlarged spleen (splenomegaly) is a common and uncomfortable symptom in some types of MPN. Several medications are effective at reducing the size of the spleen in most people. In cases where the splenomegaly is severe and does not respond to medications, your doctor may suggest splenectomy (surgical removal of the spleen). Splenectomy is usually effective in relieving pain and discomfort and may improve blood cell counts. However, splenectomy carries significant increases in the risk for death or progression to a more aggressive form of blood cancer.

Radiation therapy (also called radiotherapy) is not a common treatment for MPNs. Radiotherapy may be used to destroy abnormal bone marrow and blood stem cells before a stem cell transplant for myelofibrosis. In some cases, radiation may be used to treat symptoms of MPNs with either external beam radiation or the intravenous infusion of a radioactive drug. Radiation is also sometimes used to reduce the size of an enlarged spleen.

For some people with essential thrombocythemia and polycythemia vera, doctors may prescribe medications to reduce the platelet count and lower the risk of blood clots. Agrylin (anagrelide) is a platelet-reducing medication. While low-dose aspirin does not reduce the number of platelets, it can decrease the chance of blood clotting from an excess of platelets. Similarly, if you are at a high risk for blood clots, your doctor may prescribe a blood thinner such as warfarin.

MPNs With No Standard Treatment

Some MPNs are so rare that no standard treatment has been established. This is true of chronic neutrophilic leukemia (CNL), chronic eosinophilic leukemia (CEL), and myeloproliferative neoplasm, unclassifiable. See if a trial is right for you.There are about 295,000 people in the United States with myelopro...

See if a trial is right for you.There are about 295,000 people in the United States with myelopro...
read article > Stem cell transplants are sometimes used as a treatment for people with myelofibrosis, a type of ...

Stem cell transplants are sometimes used as a treatment for people with myelofibrosis, a type of ...
read article > Some treatments for myeloproliferative neoplasms (MPNs) have been around for decades, while other...

Some treatments for myeloproliferative neoplasms (MPNs) have been around for decades, while other...
read article > If you’re living with myeloproliferative neoplasms (MPNs), you may be curious about the role vita...

If you’re living with myeloproliferative neoplasms (MPNs), you may be curious about the role vita...
read article >